On 23rd May our Big Person took Addy and me to the Museum of Science in Boston. We went along with Shepard, Kana and their Big Person, of Jinjia Mixed Goods. 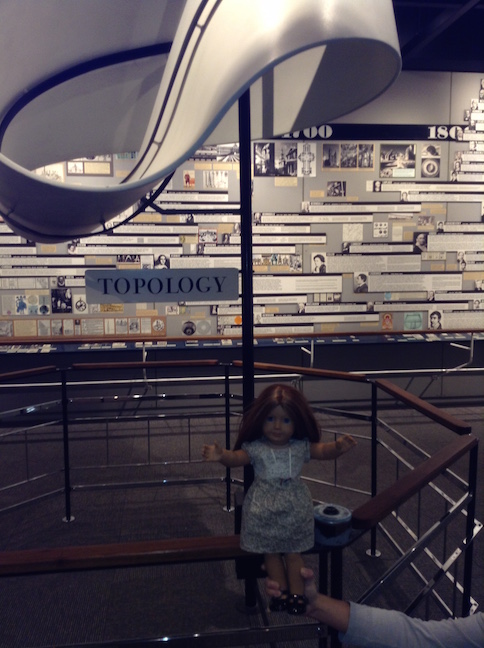 One of my favourite exhibits was Mathematica, which is a massive collection of displays about maths. The most interesting ones were the ones about topology – that’s about spatial relations and things. I don’t know very much about it yet, but if I go to university I’d like to read mathematics and perhaps learn more about it. As you can see here Shepard and Kana’s Big Person is holding me in front of the exhibit so I can pose properly. Can you see the Möbius strip behind me? 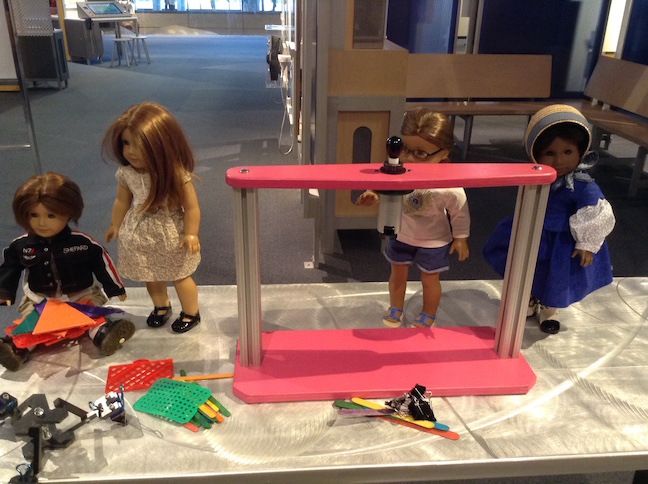 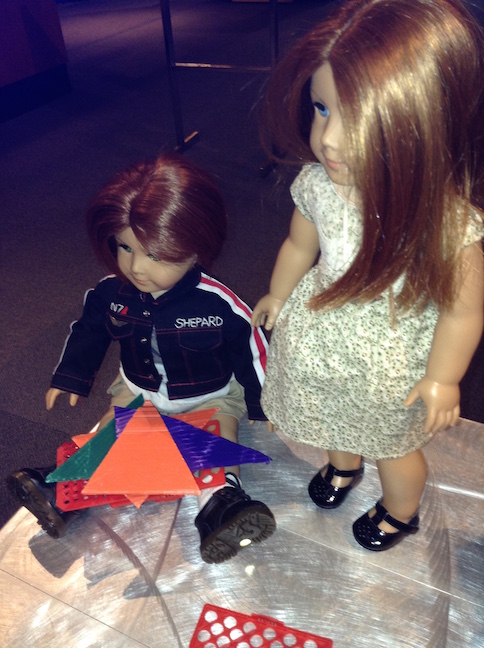 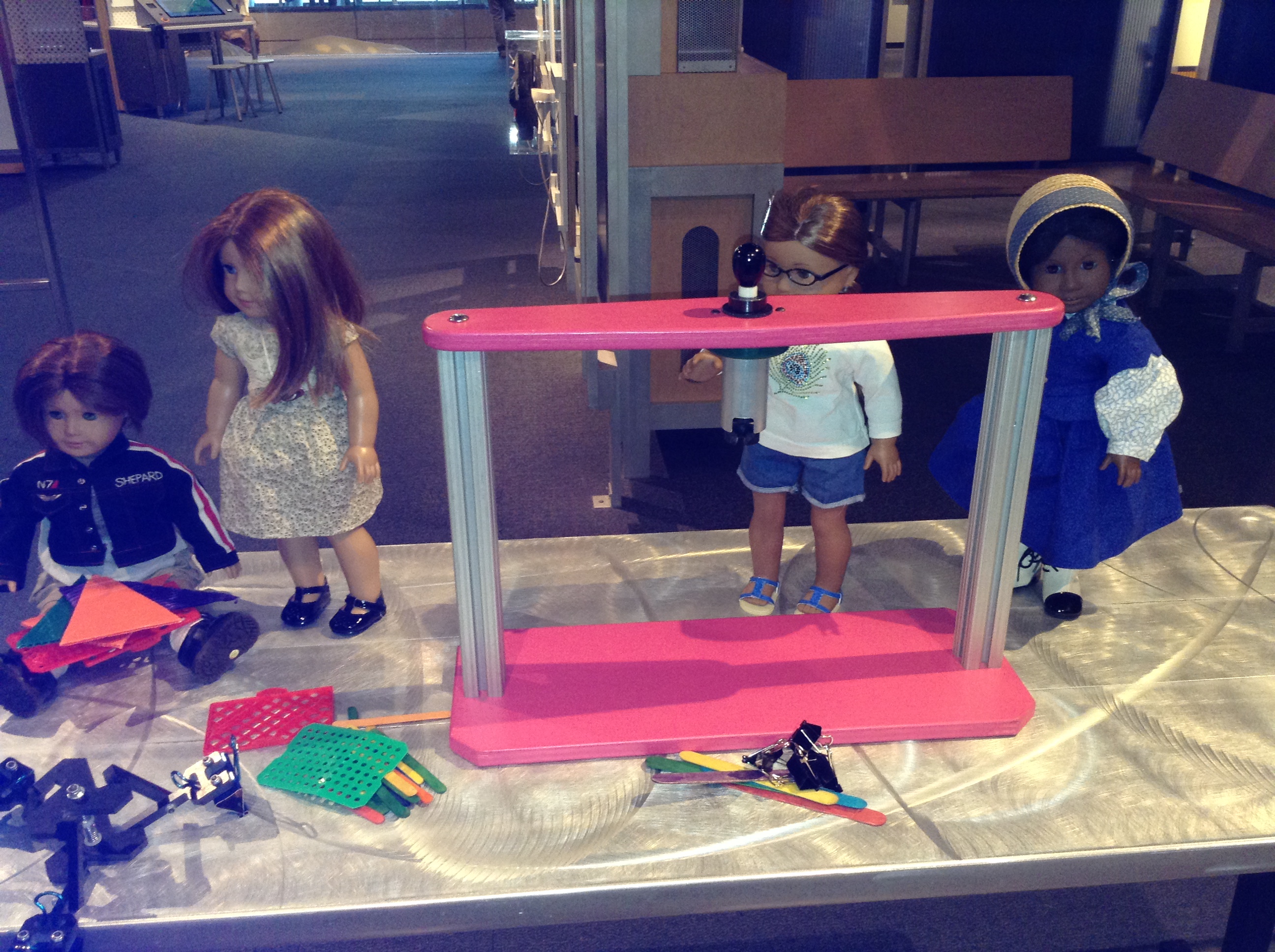 We tried putting together a gripping claw in the engineering section but there were far too many people (bit overloading, really) there so our Big People decided that it might be a good idea to go elsewhere. 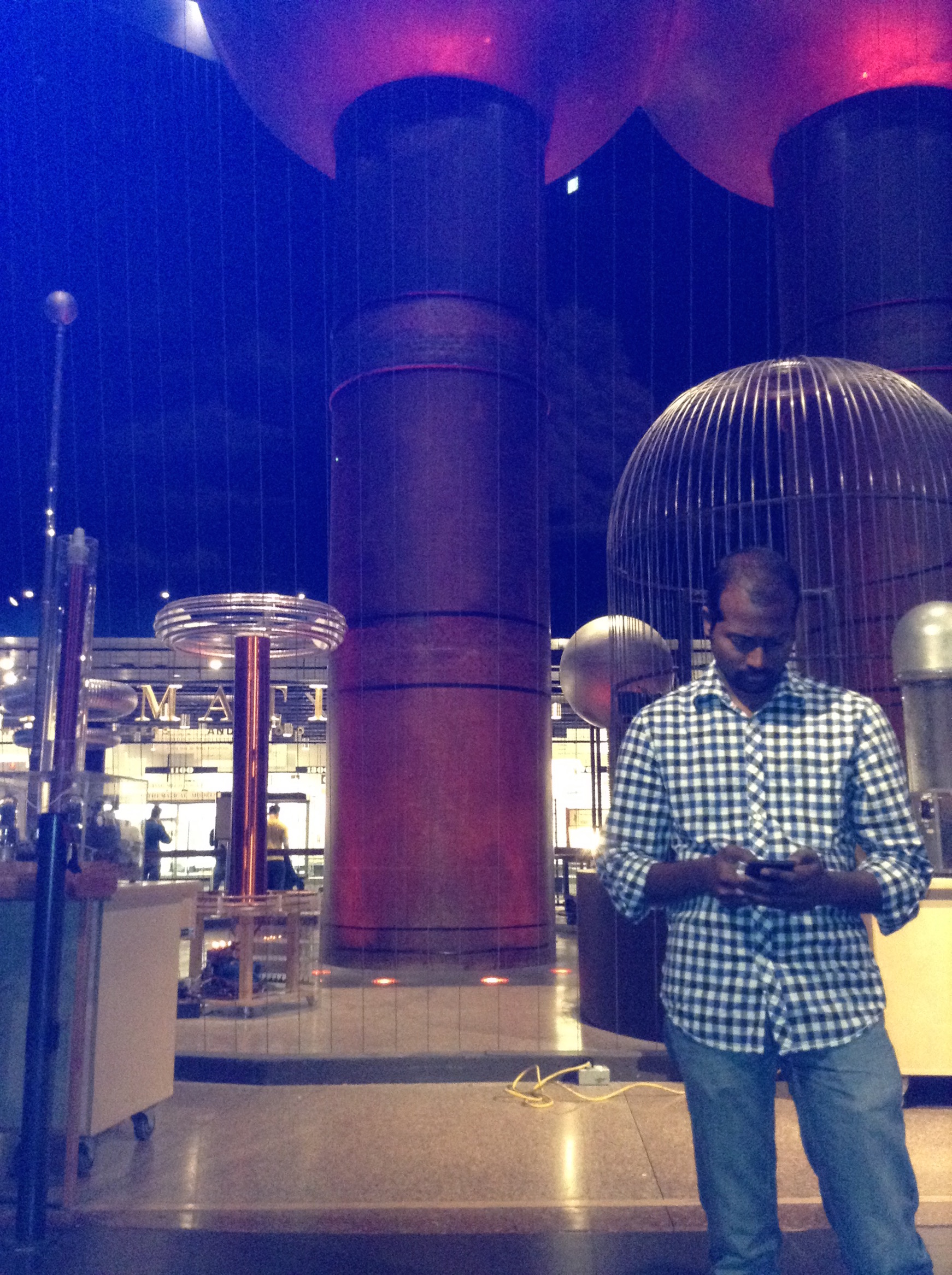 We saw a lightning show as well, where we watched somebody use Van de Graaf generators to create lightning right inside the room. The biggest one was given to the museum by the Massachusetts Institute of Technology in the 50s, I believe, and it’s massive. Sorry there’s no photo of the actual lightning – it was too loud for us to try and get a picture and have our ears covered at the same time. 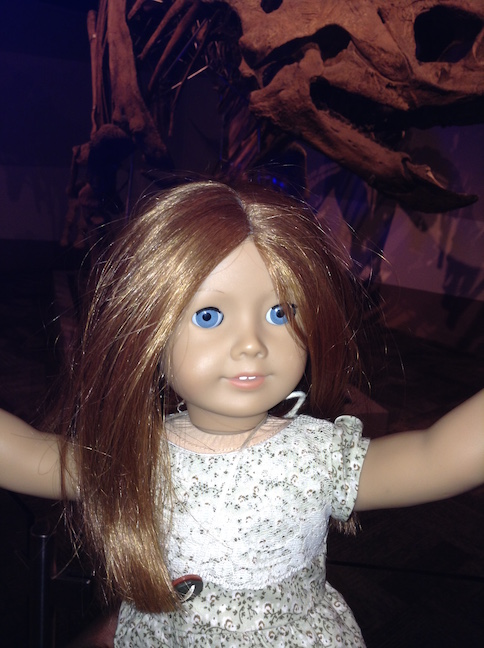 Here I am in front of a dinosaur skeleton. 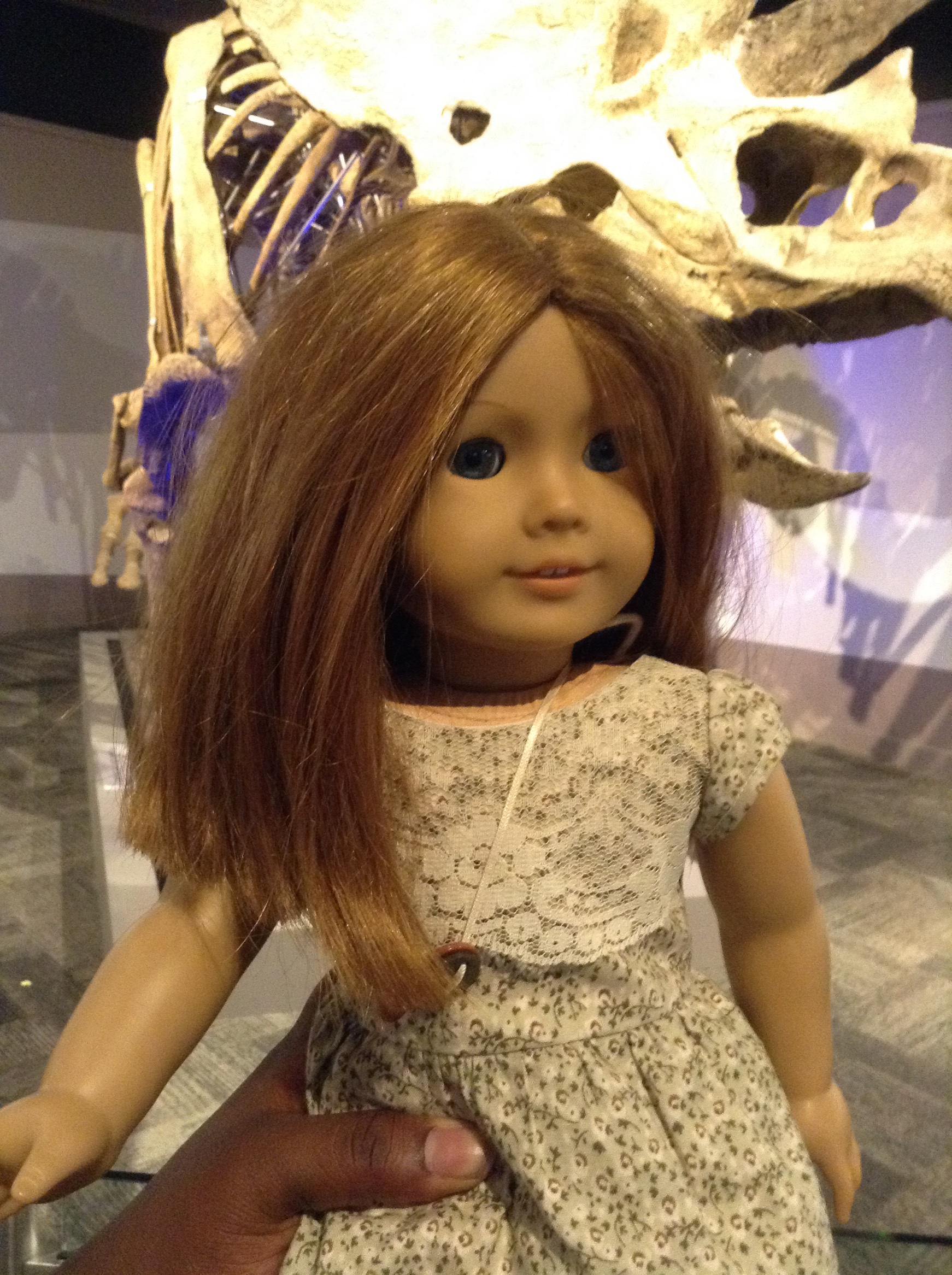 It’s a Triceratops skeleton. This time my Big Person had to hold me – sorry about him getting in the photo! 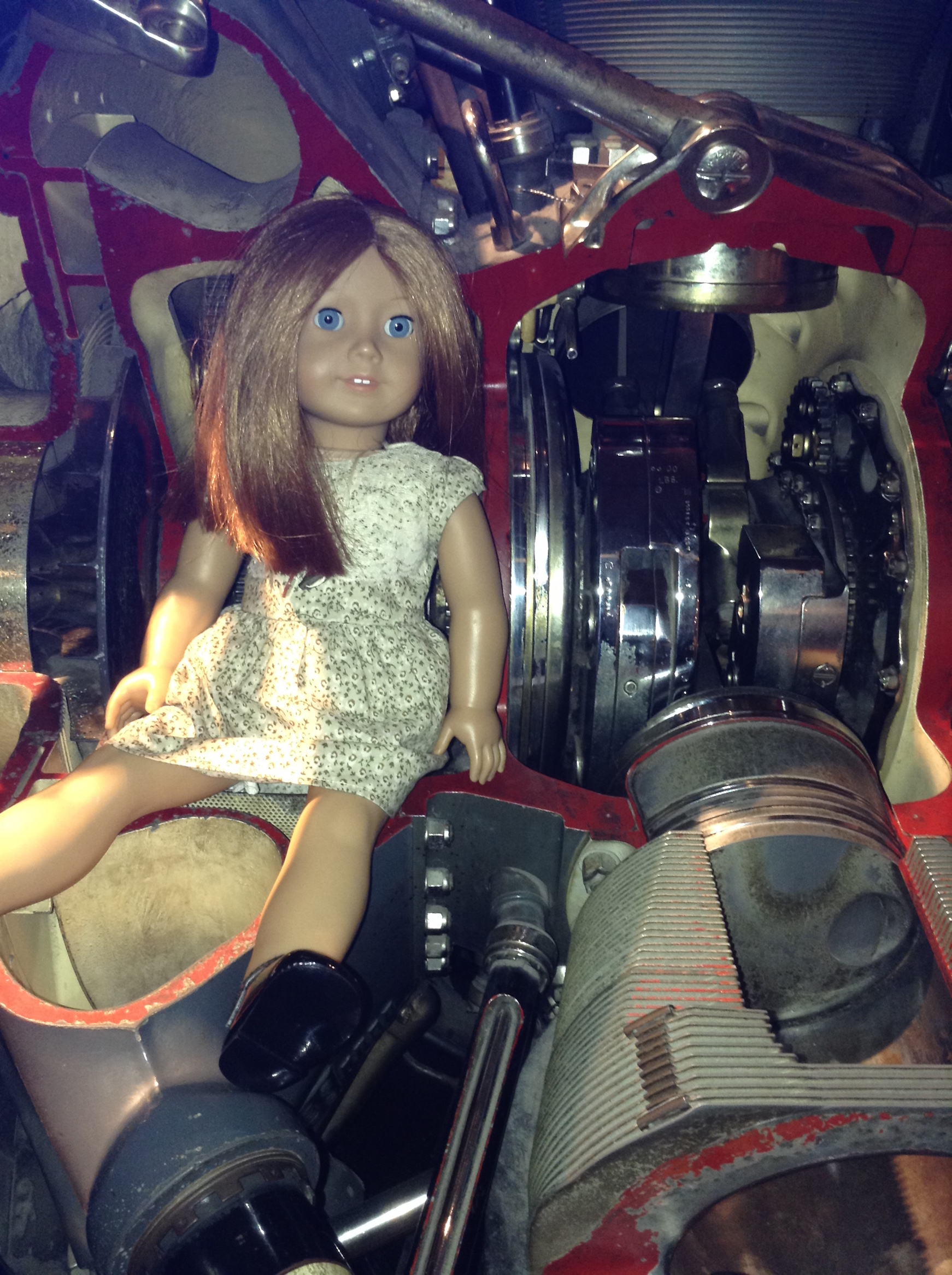 I’m sitting in an aeroplane engine. It’s probably a good thing it’s outside the ’plane – and not switched on! 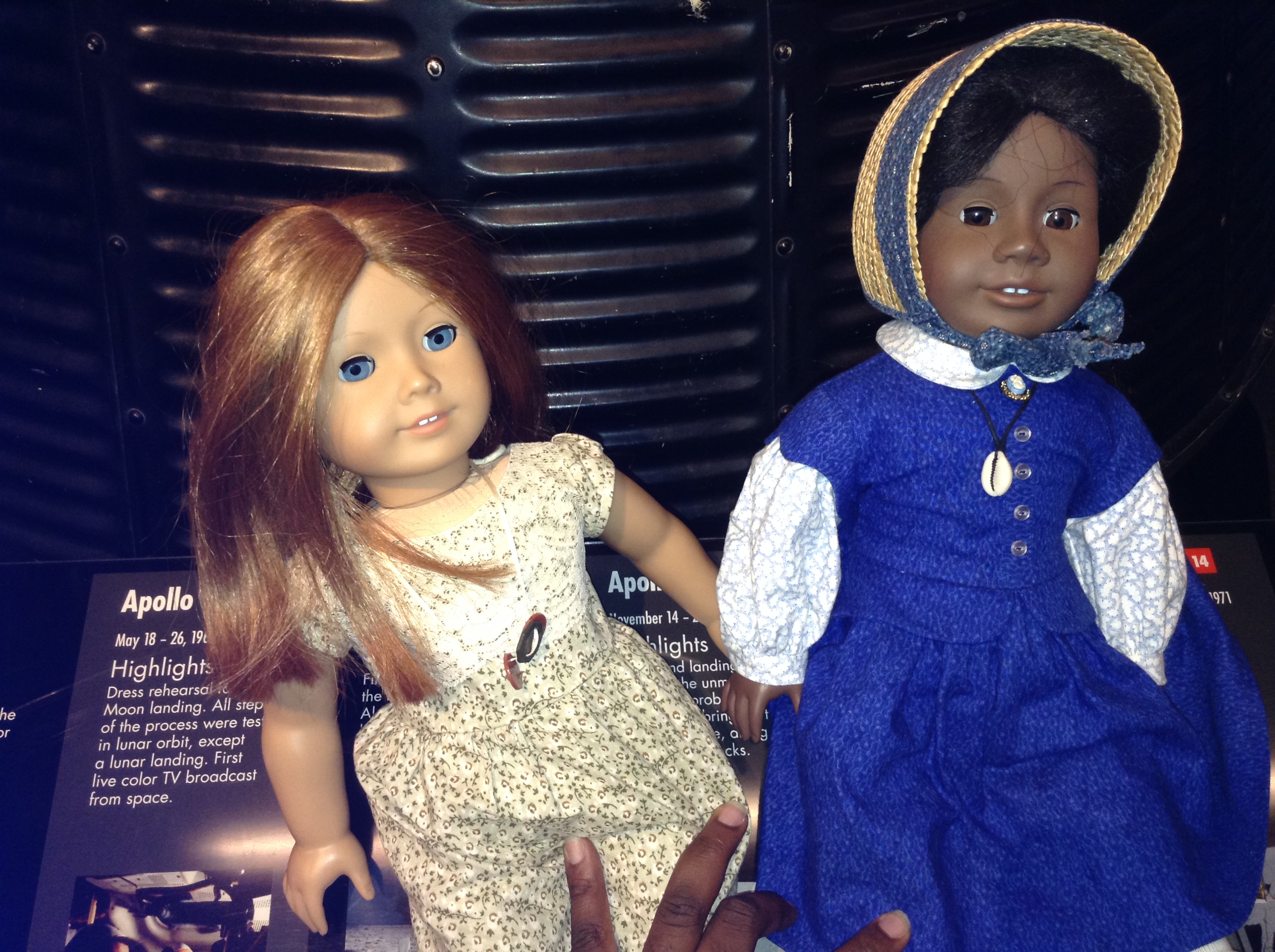 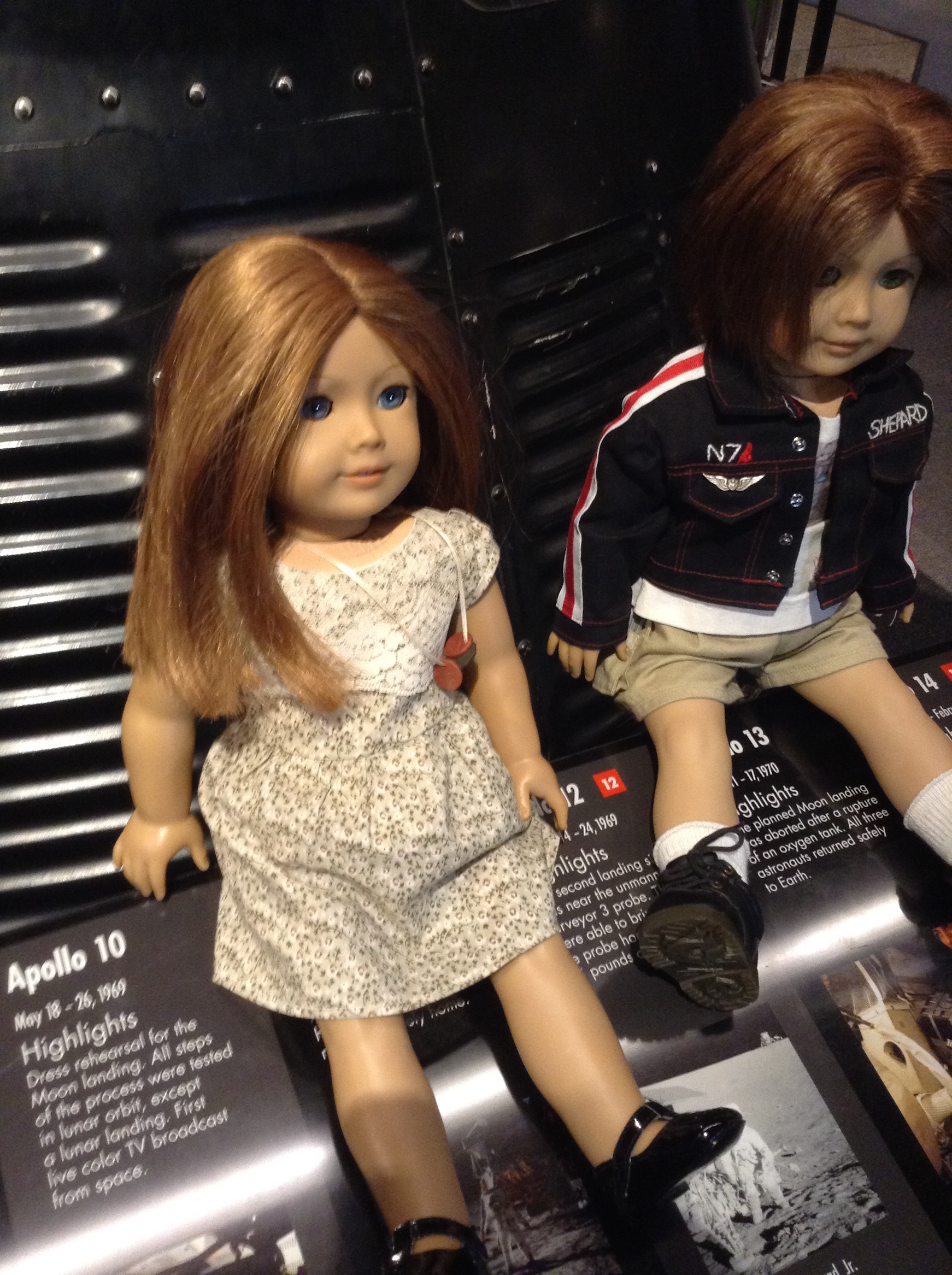 Addy, Kana, Shepard and I wanted to go inside a space capsule but there were too many people waiting. We decided to take a photo in front of the other one instead. 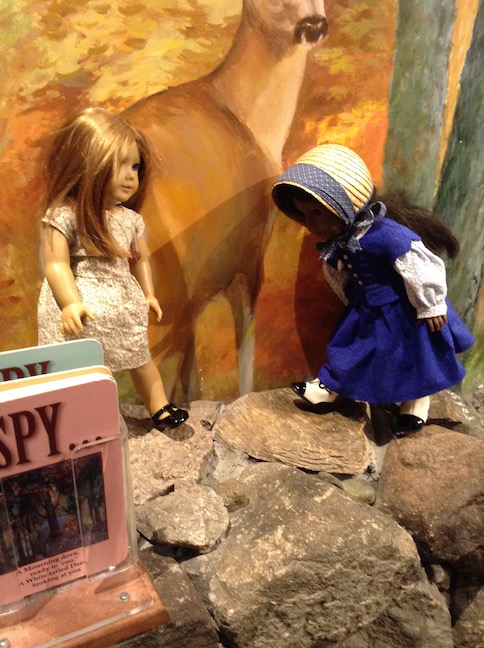 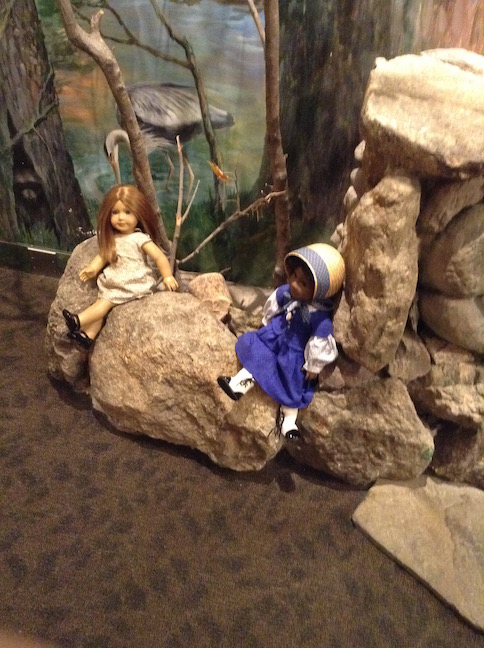 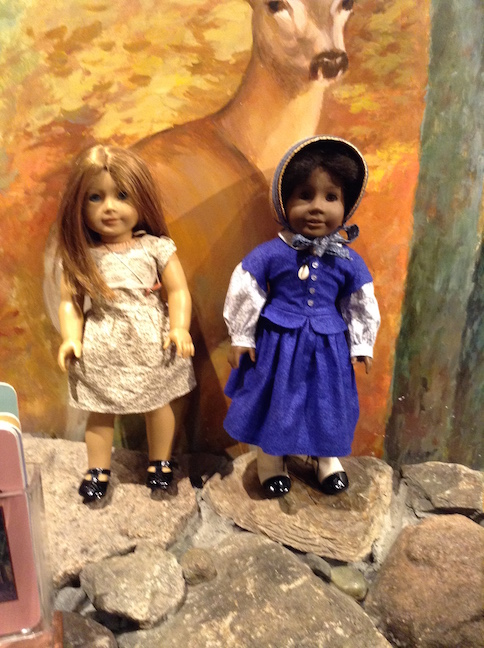 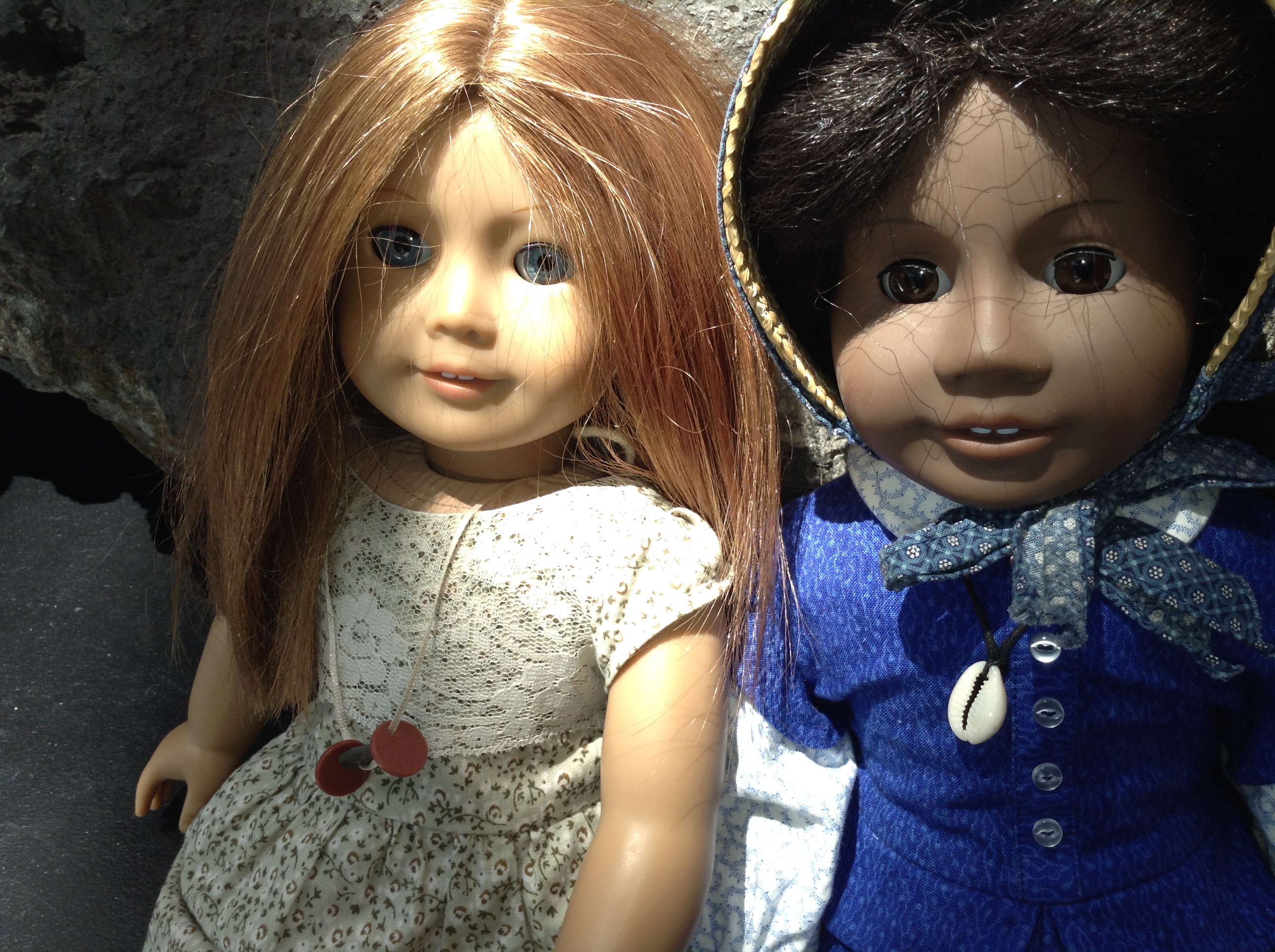 Addy and I did a bit of climbing and investigating near the geological exhibits. Addy says this was her favourite bit – looking at how the world has changed and become what it is now. I’ll put that down to her interest in history. 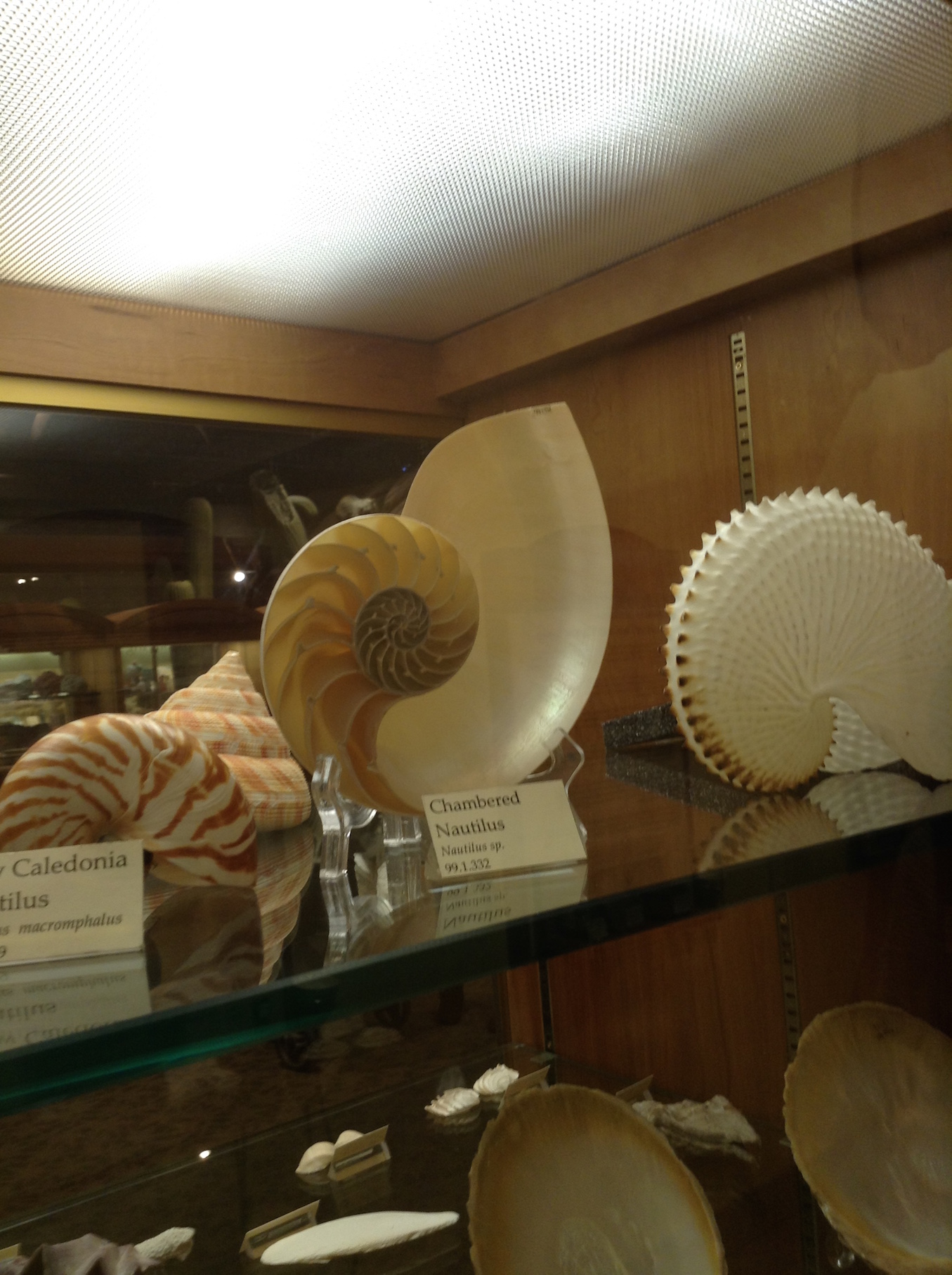 Our trip was fun and I learnt loads of fascinating things about maths and science. Perhaps I’ll bring Alice with me next time. ~Emily

6 Comments on For Science!